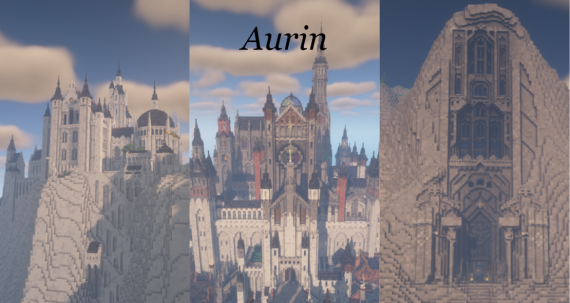 Aurin; is an extraordinary island, blown by wind and wealth, steeped in culture, religion, and tradition. The true Aurish, dwelling in their Holms of rock, are carved from the mountains they reside. With spirits of steel and tradition beyond remembrance, the Aurish hold bitter grudges and strong pacts. In the last century, the warring clans of Aurin took on a massive revolution of thought and idealogy, the origin of which came from the God-King of the Aurith Empire. The God-King is a foreigner of unknown origin, landing on the island supposedly on the back of a whale that dwarfed the great dragons of Aurin. The power of his voice united the southern clans, evolving them into a nation bred for conquest. Revolutionary tactics and weaponry came in the wars that followed. The peace was set when as a gift, the city-state of Drakeholdholm (leader of the Northern League) gave the Aurith Empire a throne; carved from one of the scales of the Drake of Fire, Baelstrom. In the center of the Aurith Empire, a castle was built as a monument to the God-King's eternal power, upon the foundation of the skulls of his enemies.